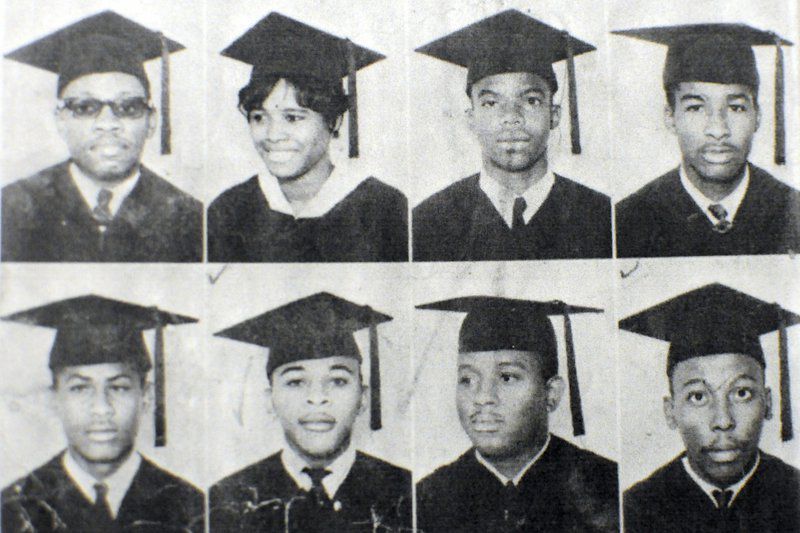 Remember the last time you flipped through your family history?

Be it a photo album, a collection of postcards, notes, poems or anything that was saved by a prudent family member, there’s something intrinsically special about experiencing the past through a collection.

For the late Dorothy Mae Hightower and her daughter, LaDeanna Hightower Holcomb, the preservation of those memories is paramount, even when they happen to belong to someone else.

Throughout much of her life, the elder Hightower collected. From crumbling newspaper clippings and obituaries to elegant hand-crafted funeral programs and joyous wedding announcements, Hightower took it upon herself to preserve every artifact of the local African-American community that came into her possession.

As the years flew by, the collection meticulously grew.

From a notebook to a binder, then another and another, Hightower built each volume with small, yet important fragments of the current culture, a little dose of history resting on every page.

Upon her passing in 2008 after a courageous battle with cancer, Hightower’s collection was passed to her daughter, who then took the reins and continued the work on her own.

Now, after 20 binders have been filled with more than two generations of work, the full bound-book collection entitled “Homegoings & Celebrations” is on display at the Huntsville Public Library and the women responsible are set to be honored for their hard work on Saturday with a special celebration at the library from 1:30 to 3:30 p.m.

“It’s just overwhelming,” Walker County Genealogical Society volunteer Janet Gardner beamed as she gently thumbed through one of the volumes. “As a genealogist, this is heaven, you know?”

When approached by a friend of the Hightowers in early 2014, Gardner and her colleagues knew that this collection held something truly special.

After receiving her mother’s work, Holcomb continued the process, amassing her own trove of historical materials, perusing archives, cemetery plots and other caches until she had four binders of her own to pair with the 15 her mother had completed.

Together, though posthumously, they were crafting a narrative of local black culture. The love, the celebrations, the togetherness, all on the passing pages of a family reunion or wedding announcement, now set to be seen forever.

In 2014, with the help of the Genealogical Society volunteers, Holcomb began the arduous process of compiling every piece for a massive print and digital preservation project.

“LaDeanna expressed interest in learning how to scan, so she came in and I taught her how,” Gardner added. “I was going to help her, but she really enjoyed doing it. She and I began working together and as soon as we got her binders done, we started on her mother’s collection.”

Over the course of two years, Gardner, Holcomb and countless volunteers digitized the massive collection of poems, writings, programs and obituaries — precisely 4,144 images chronologically — while creating an index of 35,569 names. The “LaDeanna Hightower Holcomb Collection” holds six volumes, her mother’s, “The Dorothy Mae Hightower Collection,” bears 14 books, with some pieces dating back to the early 1950s.

“I’m just so thankful that we were able to do this because they deserve it, they really do.” Gardner said of Hightower and Holcomb. “LaDeanna is very passionate about this work. She misses her parents very much. She was raised a very good, Christian girl and she was raised in a very family-oriented household. She gets emotional when she talks about her (mother).”

“When I was working on the covers, I had really picked out this image for LaDeanna’s volumes,” Gardner said as she motioned to a soaring white dove gracing the volumes’ covers. “But when she saw it, she asked me if that could be her mother’s cover, because the dove was her mother’s favorite.”

At nearly the same time that work began on “Homegoings & Celebrations” in 2014, library volunteer Mader Hedspetch began a project in the same vein, as she worked to assemble a digital collection of the Sam Houston High School yearbook collection.

In 1968, Hedspetch witnessed the closing of the school’s doors as a sophomore. Now a member of the Sam Houston High School Alumni Association, she actively seeks out old yearbooks, photos, documents and other artifacts from the African-American school in an effort to preserve its history and legacy.

“Mader Hedspetch, who worked on the Sam Houston High School collection, helped on the “Homecomings & Celebrations” collection, too,” Gardner added. “She would come in and do anything we needed her to do. She went out and gathered materials and then came back to help index and then she would proofread. She was wonderful.”

Nearly 900 images, now bound in permanent form, tell the story from the high school’s 1953, 1967 and 1968 classes. All three volumes are on display alongside “Homegoings & Celebrations” at the library.

“Through working with these two ladies, they became my friends,” Gardner said of Hedspetch and Holcomb. “They’re two Christian women who love their family, their community and they just do everything, including volunteer work at the food bank and their churches. I learned so much from them and we’ve had a good time doing this project together. It’s taken a lot of hard work, though.”

To honor the decade-long process Hightower underwent and to cherish the continued work of Holcomb and Hedspetch, the Genealogical Society and the Huntsville Public Library will honor the trio with a celebration at the library on Saturday at 1:30 p.m. The community is invited to attend.

“We had a gentleman come in when we were working on this,” Gardner remembered. “He had been adopted, and he was incarcerated when his adoptive parents died, so he wasn’t able to attend their funerals. He started crying when we showed him the programs from his mother and father’s services. That one incident is worth every hour, every minute, every second that we put into this.

“These are people. These are their lives. This is their story. For some, this may be they only story that anyone remembers, or the only one that is ever told.”