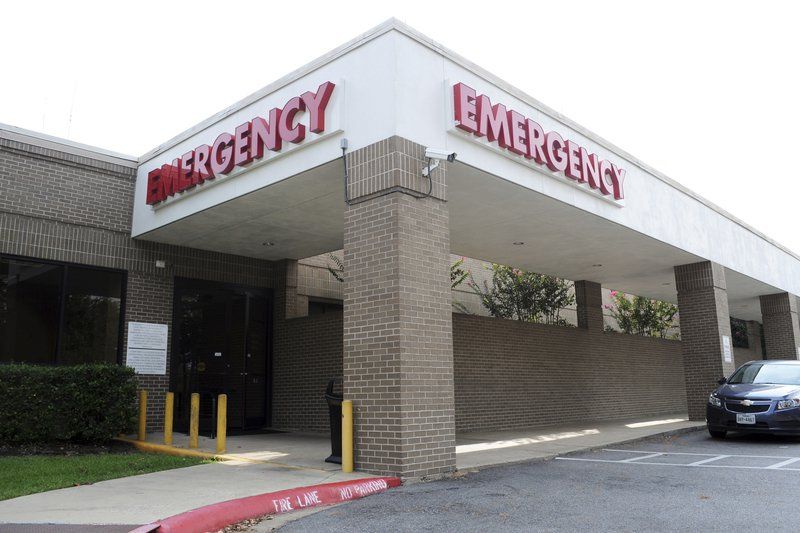 The multitude of services offered at Huntsville Memorial Hospital could be growing after the Board of Managers of the Walker County Hospital District held a meeting to address the needs of the community and the hospital Wednesday evening.

Shannon Brown, CEO of Huntsville Memorial, gave a special presentation on the proposed changes needed, which include expanding the capabilities of the Intensive Care Unit and the Emergency Services Department or ER as both units reach capacity quickly and remain full frequently.

“Over the last three years, we’ve grown substantially,” Brown said during the presentation. “We have already expanded considerably along numerous service lines including cardiology and neurology with the addition of the Heart and Vascular Lab.

“We commissioned this study to look at where we need to go in the future. The study came back and said that we need to expand on two fronts, which includes our Emergency Services Department services and our Intensive Care Unit.”

On the table is a proposed expansion that would call for the construction of a new, one-story addition to the existing hospital that would add 30,000 square feet of usable space for physicians and staff. The given space would allow for the addition of 10 dedicated ICU beds, six IMU or “progressive-care” beds, and a 10-bed Clinical Decision Unit with additional support and storage space. Additionally, the new structure would have 4,000 square feet of unassigned shell space for future use and would be designed to accommodate future vertical expansion of two to three more floors.

“A few years ago, we were transferring a significant number of patients out of our community and that caused extensive efficiency issues,” Brown said. “We were transferring out about 200 patients a month and now we’re down to about 80 each month. What we’ve found through the study is that 25 to 30 of these patients on any given month come directly from our intensive care unit.”

In addition to housing more patients from the community, the new expansions and modifications will allow Huntsville Memorial to fully separate the Texas Department of Criminal Justice offenders from the general public housed in the hospital.

“One of our objectives is to create a separation between the offenders housed in the ER and the patients of our community, which has been a subject of contention that we’ve talked about on a consistent basis,” Brown said Wednesday. “Currently we have 15 (ER) beds and this would take up 20, significantly increasing our abilities as our emergency needs have been growing 5.5 percent each year.”

By expanding and remodeling the current ER floor plan, the hospital is set to add four rooms to the current count, providing an opportunity to completely separate patients from offenders both in transit and during in-house care.

Other improvements to the ER will include upgrades to the nursing stations, non-wax based flooring, fresh paint, new cabinets and doors with the old counters and cabinets being moved to the “offender care” area. The hospital plans to utilize cost-effective materials throughout and the approximate timeline for the ER expansion would be four to six weeks.

“One important thing is that we’re planning on doing this expansion from within the revenue of the hospital,” said Robert Hardy, Chairman of the WCHD Board of Managers. “We’re not talking about an increase in taxes to do this.

“We built this hospital with revenue bonds and we’re now looking at commercial financing, bonds or whatever will provide us with the best opportunities. As far as the (WCHD) is concerned, we’re behind Huntsville Memorial Hospital 100 percent because we recognize the need.”

With approval already garnered from state agencies, HMH can move on to the next step in the expansion process, including finalizing plans with the architectural firm and sorting out financial options. With a main goal of providing the necessary care for the citizens of Huntsville, Brown is optimistic that Huntsville Memorial Hospital will be able to provide thanks to the proposed expansion.

“We’re currently talking to the architect and we’re looking to move into the financing phase and the architectural phase now,” Brown added. “By the time we would break ground, until the end, we’re looking at about a year and a half for completion of the ICU addition.

“We’re excited at the opportunity to continue to serve meet the needs of our community on a consistent basis.”

For many students, college offers a first taste of freedom. The rigid schedule and inflexible curriculum of high school gives way to a relaxed atmosphere, where you choose your own classes and your own level of involvement.

While some may choose the path of least resistance toward graduation, or the one that leads to the nearest pub, a select few dive headfirst into everything that their university has to offer.

As a freshman studio art major, Strouse became a member of the Student Art Association on campus and quickly became involved in every aspect of the group. Her constant presence at each bi-weekly meeting garnered the respect of the current officers and members alike.

“She was always so helpful,” former SAA president Wendy Franklin said. “She jumped at every opportunity to be involved and was always looking for ways to help others.”

While Strouse was busy getting involved in the art scene, she searched for other chances to lend a hand around campus as well. By the time she was a sophomore, she had become a resident adviser for her campus dorm room in an effort to help new students become acclimated to the university setting.

Through the SHSU Health and Kinesiology Department, Strouse and the other resident advisors organized a 5K Fun Run for those residing on campus in an effort to encourage everyone to take a break from the books and focus on their health.

In the midst of becoming involved in the resident life, Strouse’s lifelong love of dance spurred her toward roles in the Chaos Step Team and the Sam Houston Ballet Folklorico dance troupe. She also volunteered for the history department and was an inaugural member of “Truth” on campus, all while earning exemplary marks in all of her classes.

It’s safe to say that Strouse was a fairly busy college student in every respect.

Her initial involvement with the Sam Houston Ballet Folklorico eventually blossomed into a long-lasting dedication to the troupe.

As a nonprofit, cultural organization, the Ballet Folklorico participates in numerous community events in an effort to promote Hispanic heritage and community involvement. They not only dance at events like the Fair on the Square and The Houston Hispanic Forum, they also bring their lively and colorful performances to those who need a brighter day, like the elderly citizens of Green Acres of Huntsville and many other nonprofit organizations.

From the start, Strouse became a leader in the Ballet Folklorico dance group. “Katy is one of a kind,” said president of the SHSU Ballet Folklorico Nayeli Lopez. “She exemplifies a true artist who is committed, respectful and loyal to her team. She motivates her teammates to succeed and she is a role model to many of our dancers.”

While allocating her rhythmic talents to the ballet troupe, Strouse continued to have a strong presence in the Student Art Association and her dedication didn’t go unnoticed. By the time elections rolled around, Strouse was tabbed as secretary of the SAA.

A full semester of organizing exhibitions, mentoring students and coordinating various fundraising and marketing events helped her earn the trust of both students and her mentors. “Katy was always working on a hundred things at once,” said classmate Nick Fregia. “She was always around, always smiling and helpful, both in and out of class.”

It didn’t take long for her efforts to gain a definitive leadership role. As she moved toward her senior year, she became vice president, then president of the SAA in consecutive semesters. Strouse led the group through a growing period while many of the current officers moved on after graduation.

With a full roster of new officers, the SAA maintained a commanding presence both on and off campus. With Katy at the helm, the SAA was able to sponsor multiple art auctions, exhibitions and continue the longstanding tradition of holding a public art exhibition entitled “The Art Walk.”

Students like Strouse are certainly few and far between in the world of academia. Those who go above and beyond the collegiate curriculum and search for ways to utilize their skills to help others often go unnoticed. At the end of her tenure at Sam Houston, Strouse’s work spoke for itself, but it didn’t end when she crossed the stage for graduation.

On the morning of a big show for the Ballet Folklorico, Strouse’s longtime boyfriend, Colt Barber, dropped down on one knee and popped the big question. Without fail, Strouse honored her previous engagement and made it to the show that evening to perform with her group.

“Instead of going out and celebrating with her family, she drove to Houston to perform with us,” Lopez said. “It’s students like Katy who motivate me to keep doing what I love to do.”