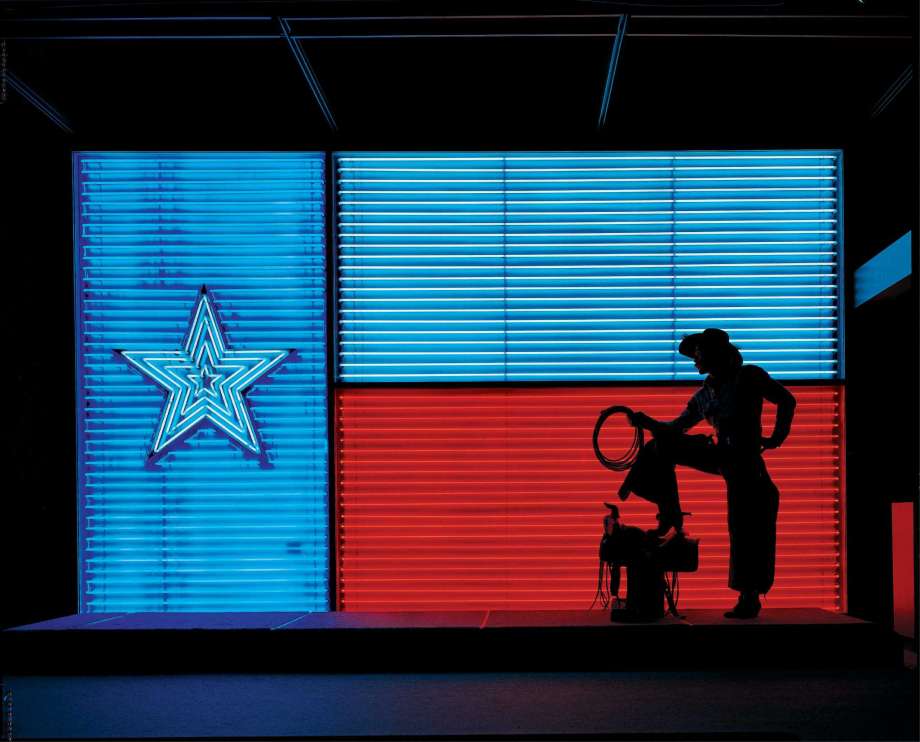 In an age of smartphones and point-and-shoot cameras, it’s easy for anyone to assume the role of a photographer.

Millions of images from far off destinations flood our computer screens and news feeds so fast that they all seem to blend together into one big blur of light and color.

While it’s easy to get lost in the fray, remember this mantra; quantity rarely means quality.

That mantra, however, does not hold true for J. Griffis Smith’s new book “On the Road with Texas Highways: A Tribute to True Texas.”

The sublime quality of Smith’s work will hit you over the head before you even crack the cover. And as for the quantity? Well, he’s been perfecting his craft for nearly 40 years and it shows.

Smith has spent the last 30 years as both a photographer and editor for Texas Highways Magazine and his assignments have taken him all across the Lone Star State.

His 212-page book operates as a photographic journal, whisking the reader away to a ghost town in Terlingua, a dive bar in Blanco and every small and large destination in between.

It’s easy to tell that Smith has an intimate connection with both his subjects and the state of Texas as a whole. The simplest landscapes come alive on the page and his subjects seem to be in a perfectly natural state of existence.

As a photographer, I can say that these are no easy feats to accomplish on a consistent basis.

From a technical standpoint, Smith uses every page as a chance to show off his photographic chops. His composition and framing thrust the viewer into the scene as if they have become a part of what’s happening. At times you can tell he had to place himself into rather precarious positions to grab the perfect shot.

Whether he’s leaning over the railing atop the San Jacinto Monument, or crawling on a saw-dust filled floor to capture the motion of a cowboy’s two-step, Smith is actively placing both himself and the viewer into the action.

Technical prowess with a camera doesn’t come through instruction. It only comes through countless hours of shooting, experimenting, editing and repeating that process on a seemingly infinite timeline.

Through his lengthy tenure at Texas Highways Magazine, Smith had plenty of time to hone his skills and you can tell he takes chances with how he executes each shot.

He utilizes motion blur, double exposures and abstract focal points which ask the viewer to spend some time with each photograph. One quick glance won’t show you all they have to offer; the viewer has room to move around in each work. By using long exposures and natural light, dreary landscapes and concert halls shine with an almost surreal quality and each tells a story, leaving bits of information out for the audience to fill in.

He’s even trademarked an interesting technique he calls “light painting,” which involves shining a flash light on a scene while the camera’s shutter is still open. The effect produces captivating images that cannot be seen with the naked eye. Street signs begin to glow and a would-be static sculpture tends to take on a life of it’s own. Smith can find movement where there is none.

While the photographs are by far the best part of his book, they are only strengthened by small snippets of text, written the photographer himself. More often than not, Smith describes his experiences on location and his interactions with the people involved.

While the photographs tell the story, Smith’s voice adds to the conversation by inserting quotes, humorous anecdotes and insight on how each photograph came into being. He also prefaces the book with a smart essay that delves into his early years, his theories as a photographer and how he feels artists should operate in a constantly changing climate.

Overall, “On The Road With Texas Highways: A Tribute To True Texas” is a fascinating look behind the lens with a photographer who truly understands that passion is a necessity in this industry. His style is undeniably quirky and there’s a humor in his work that will entertain avid photographers and the complete novice alike.

At a time when photographs barrage us at a fast and furious rate, Smith’s work asks us to slow down and enjoy the intricacies of a state that’s obviously near and dear to his heart.

“On The Road With Texas Highways: A Tribute To True Texas” is available through Texas A&M University Press at www.tamupress.com. Because Smith hung his exhibit here in Huntsville earlier this year, there are likely books available at the Sam Houston Memorial Museum’s gift shop.