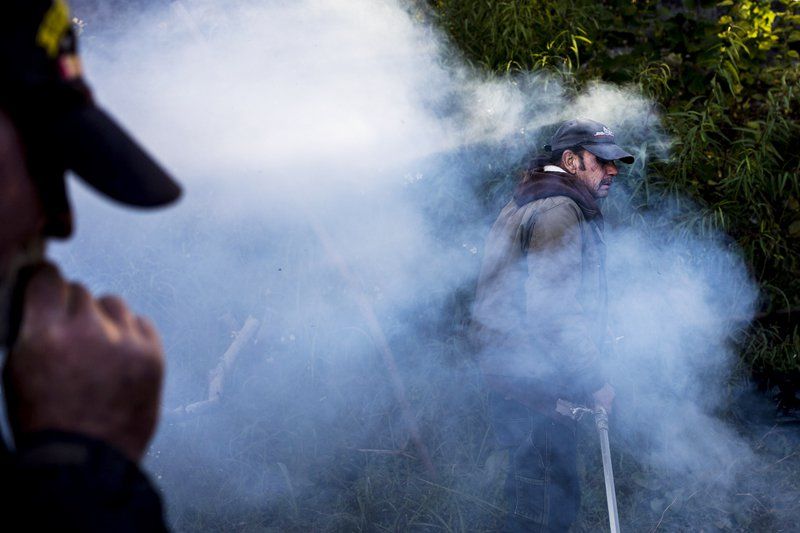 With most college students, it takes a semester or two — maybe even a year or three — to fully understand where they’d like to devote their talents. A sampling of classes and the direction of dedicated parents, professors and friends and suddenly it all seems to make sense.

For Casey Jackson, who spent his formative years in the New Waverly Independent School District, that realization came as early as junior high.

From the first moment he picked up a camera, he knew he wanted to be a photographer.

“He was in junior high at the time and he was always following me around when I was taking pictures of the football team,” former New Waverly High School yearbook teacher Sharon Brown said. “He kept asking, ‘Can I take a picture, can I take a picture?’ I would never let anyone borrow my camera because it was my personal camera, but one day I said OK.

“Within a year, he was teaching me about the camera instead of me helping him.”

Armed with a basic digital camera, Jackson began capturing images around his town and school and quickly understood that this was something in which he really wanted to sink his teeth.

I just fell in love with it,” Jackson said last week. “I was always an athlete and I really enjoyed shooting sports. I picked it up really quickly and just stuck with it.”

Within a few semesters, Jackson’s work was already picking up national attention as he won an award for his football photos in a competition sponsored by Canon and the National Football League. He also became the head yearbook photographer and was featured multiple times in The Huntsville Item for his compelling images.

“He just had a phenomenal ability to figure out the camera,” Brown explained. “He took pictures of nightlife in New Waverly at different sites around town and the New Waverly House restaurant went and framed all of them to put on their walls. He was just that good.”

After high school, Jackson was accepted to the competitive Savannah College of Art and Design, where he studied as a Bachelor of Arts candidate with an emphasis in photography. It was in Georgia that Jackson narrowed his creative focus as well as taking on a role with the college baseball team.

With an influx of creative influence and a new community to explore, Jackson’s passion for photography quickly translated into a ongoing project that he never expected to begin.

“I remember just one time walking by a guy who was laying on a bench,” Jackson said. “It was pouring down rain and about 40 degrees out and I just sat down to talk with him. Growing up in New Waverly, I had never seen homelessness. I knew it existed, but I had never seen it at such levels as when I moved to college. I had never interacted directly with someone who was homeless.”

After taking the man he met out of the cold, Jackson knew he wanted to explore the country’s growing epidemic. He sought out more information on the homeless community around Savannah.

“I decided that I wanted to find out more, so I went to find them,” Jackson added. “It turns out that in Savannah, it’s illegal to sleep on the streets, so many of them sleep in huge, elaborate camps in the woods of Georgia.”

In his time away from class and work, Jackson dedicated every moment he could to spend time in the camps, existing within the community and documenting everything he experienced.

“I lived in the camps and spent nights there eating with them and just spending time with them,” Jackson added. “I wanted to live with them on their level, because I knew it would be intrusive if I just came and left at will.”

During his time in the camps, Jackson soaked up as much information as he could about what it’s like to live a transient life. He listened to what these people experienced, where they had been and where they hoped to go.

“I met a lot of good people, I met a lot of bad people and everything in between,” Jackson said. ” More importantly, I learned that every one of them has a story. While I couldn’t tell every story, I knew I could at least create awareness and show people just a glimpse into that world.”

By way of his photographs, Jackson was able to shine a light on an often-overlooked problem. Through his work, he became directly involved in numerous efforts to help the homeless population through local nonprofit organizations.

“I began working with nonprofits in Savannah, including the Chatham Authority on the Homeless. We coordinated fundraisers and awareness campaigns to raise funds to go right back into the homeless community. I released all the images I took in the camps to any organization that could use them. They’ve been in fliers, pamphlets, galleries, websites, anything that will help put a face to the problem.”

Over the past year, Jackson has attracted some well-deserved attention for his efforts and has been invited to participate in the prestigious Eddie Adams Workshop for Photographers in upstate New York. Out of thousands of applicants, Jackson is one of 100 students who will participate in program tuition-free.

“Adams was a documentary photographer who photographed the Vietnam War and numerous other wars and social issues,” Jackson explained. “He created a foundation to educate more people about this type of work and how powerful it can become. He is a perfect example of how a single photograph can influence the world and move people.

“I’ll get the chance to meet and work with some of the biggest editors and photographers out there from National Geographic, the New York Times and the Washington Post. I’m really excited.”

Aside from the workshop invitation, Jackson has been honored with numerous awards for his work, including a top slot in the Photolucida Critical Mass exhibition in Oregon.

“I’m so proud of his persistence and his ability to see the beauty in things that other people would overlook,” Brown doted. “It’s just so exciting for me to see a kid so focused on finding the beauty in life since so many times in school we see a focus only on athletic prowess. If a picture is worth a thousand words, Casey’s are worth 5,000.”

Through it all, Jackson knows that he has an opportunity to use his creative practice for a larger purpose. By using his photography as a catalyst to begin a discussion, Jackson’s work can play a larger role in shaping public views on important social issues.

“I’ve learned to keep trying to step back when I see a problem and look at the bigger picture,” Jackson said. “It means so much to look at a different angle, just like when taking a picture. You always have to try and see things from another person’s point of view.

“My only goal is to keep producing work and hopefully move people with the images I create. I hope to contribute something to the world.”