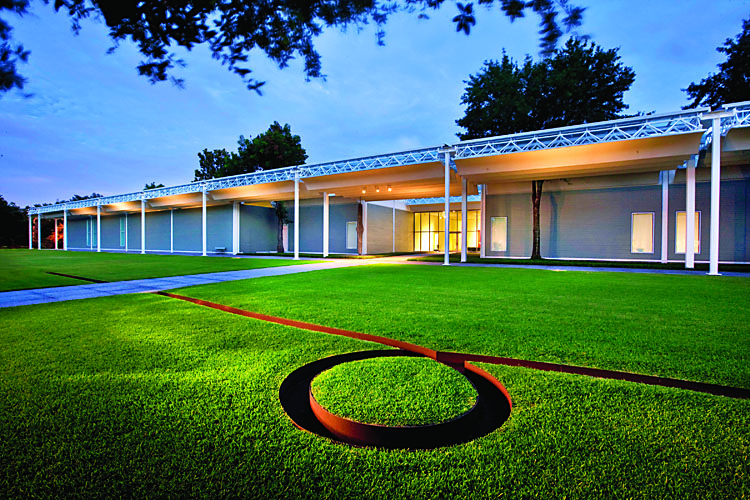 I could feel it the moment I woke up on Saturday morning. For once, the usual lack of sleep and nagging feeling that I’m going to forget something important gave way to a nervous excitement I couldn’t contain.

It was game day for the Bearkats and the road was waiting.

The five-hour drive through quiet, back-country roads and unfamiliar, swamp-lined highways would usually garner my full attention as a photographer, but today, my eyes are only looking for the stadium.

At the top of the bridge over the Mississippi River, we cross into Baton Rouge and our sports editor, Gene Schallenberg, points to something off in the distance. “There it is, Tiger Stadium.”

We arrive four hours before kickoff, but the atmosphere feels like it’s only moments away.

The entire town is decked out in purple and gold, and even in my not-so-subtle light orange shirt, I feel right at home.

The LSU campus is pulsing with football fever. Tailgaters pack the parking lots and roadways, feasting on boudin, po-boys and toasting with ice cold beer. It’s 100 miniature parties combining into one massive blowout and everyone’s invited.

Every 20 feet we walk, we’re greeted by another set of booming speakers, one more flat screen TV broadcasting college football games while folks gleefully move from tent to tent.

Directly in front of the stadium, a live band revs up the masses, playing every kind of music you could think of. The crowds gather and strain to catch a glimpse of Mike the Tiger before he leads the team down “Victory Hill.”

Plain and simple, this isn’t a sport, it’s like a religion.

As we wander to find orange-clad Bearkat fans, they’re easy to spot in a sea of Tigers. They’re already partying with the wild LSU fans, sharing drinks and swapping predictions before the big game.

A few are even teaching the hometown team how to do the “Eat ’em up, Kats” chant.

Everyone is in good spirits. This is a shared passion and the color you wear does not matter. The gates open and at once the crowds move in unison toward the stadium. The lights are slowly coming on as the sun finishes its descent. It’s go time and my job has just begun.

Underneath the packed bleachers at Tiger Stadium lies a hidden, cramped space that boasts a code of ethics unlike any other.

This shared photographer work room holds more than $200,000 worth of combined equipment and remains both unlocked and unguarded over the course of the game.

We’re all here for the same reason and while most of us have never met, we share an unspoken trust that goes unnoticed by the rest of the crowd. As I shuffle to set up the perfect rig, the first drumbeat pulses through the stadium and I rush to the field to capture my favorite part of the pageantry.

Sure, the NFL has the spotlight, they have the million-dollar salaries, the star-studded rosters and massive stadiums, but nothing compares to 100 or more instruments thundering out in unison, quickly changing direction and saluting different sections of the stands, as the members of The Golden Band From Tigerland march as one.

The sublime rhythm of the drums, crashing symbols and smooth horns fill the air and add something to the experience.

Each member of the band sounds stronger when they play together, just like the team. Once the national anthem has been sung, the coin tossed and final handshakes have parted, it’s time to put boot to ball.

The crowd erupts and the noise is deafening. Once the ball is in the air for the first time, I don’t stop moving until halftime and I wouldn’t have it any other way.

The plays go quickly and it’s often a guessing game as to where I should place myself on the sideline.

Three receivers on the left side and Bearkats quarterback Jared Johnson is lined up in a shotgun formation. I’ve got less than 15 seconds to get to the other side of the field. With a 30-pound camera rig on a 5-foot monopod and spare lenses strapped to my back, it must be really funny to watch me in an all-out sprint down the sidelines.

Luckily, the Jumbotron camera men are focusing on the snap and not on my awkward juke that barely misses taking out a Bearkat cheerleader. That would look pretty bad on SportsCenter. Nothing I’ve ever experienced compares to being on the sidelines at a college football game.

Everything is surreal and it’s over before I know it.

The fans shout at the top of their lungs, coaches and coordinators bark out plays and changes to the lineup with only seconds left to act.

Every yard gained is a battle, every tackle made is a celebration and the players’ passion and energy spills out onto the turf. They hold nothing back.

With more than 100,000 fans watching, you can run the full gambit of emotions before the first quarter is over. It’s a whirlwind and I’m blessed to be right in the middle of it.

What makes this night truly worthwhile is knowing the necessity of my assignment.

On any given Saturday I’ll shoot more than 2,000 frames attempting to capture the essence of a game. If only one of those photos make you feel even for a moment like you were at that game, I consider the entire night a success.